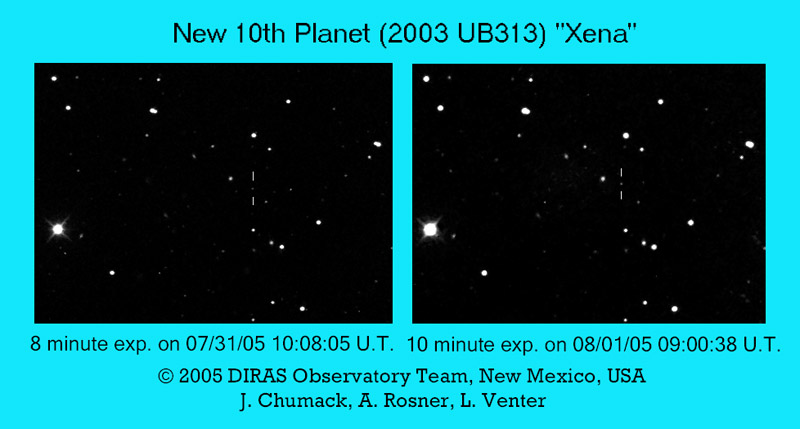 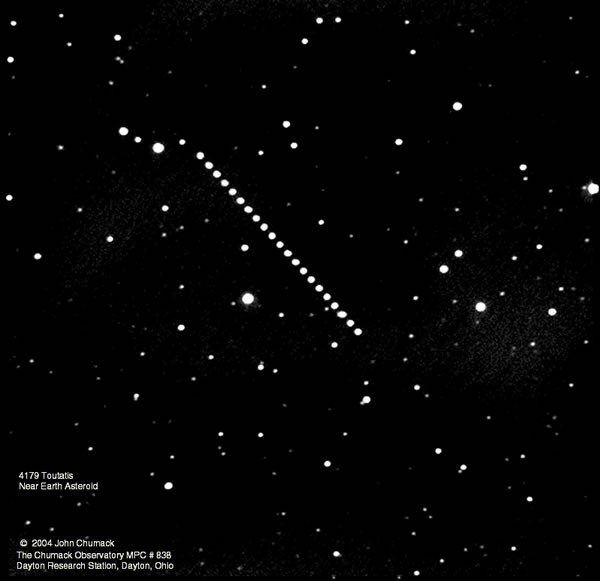 See the video for yourself, click here for the Toutatis Asteroid 2004 – Video Clip (3 meg)

The National Science Foundation & A.A.V.S.O.’s “Hands On Astrophysics Project”
As their Official Astrophotographer, I have been photographing every clear night for three years, 77 variable stars in 5 circumpolar constellations(Cygnus, Cepheus, Cassiopeia, Auriga, and Ursa Major) chosen for this project.

This is part of a large educational package being assembled by the National Science Foundation & AAVSO for future distribution to every school in the Northern Hemisphere.

My Photo/slide package combined the custom variable star charts by Charles Scovil and the Teacher Workshops being held at the AAVSO in Cambridge, MA (were the curriculum is being written and assembled) will surely provide a complete and useful set of tools for teaching kids astronomy through variable stars. With a range from grade school through college level science classes.

NASA’s “Ulysses Comet Watch Project”
Based out of NASA’s Atmospheric and Space Physics Laboratory in Boulder Colorado, I am part of a worldwide network of advanced amateurs and professional astronomers that are currently providing useful cometary data for correlation to ESA’s & NASA’s solar probe “Ulysses”.

We Monitor, Photograph, and CCD image all comets that come within 20-50 degrees of the Ulysses space probe. Once we obtain the image we measure the comet’s ion tail and submit this data for correlation to what the Ulysses probe is seeing in terms of solar wind activity. This will, in turn, help us to calibrate the system and tell us what the solar winds are doing.